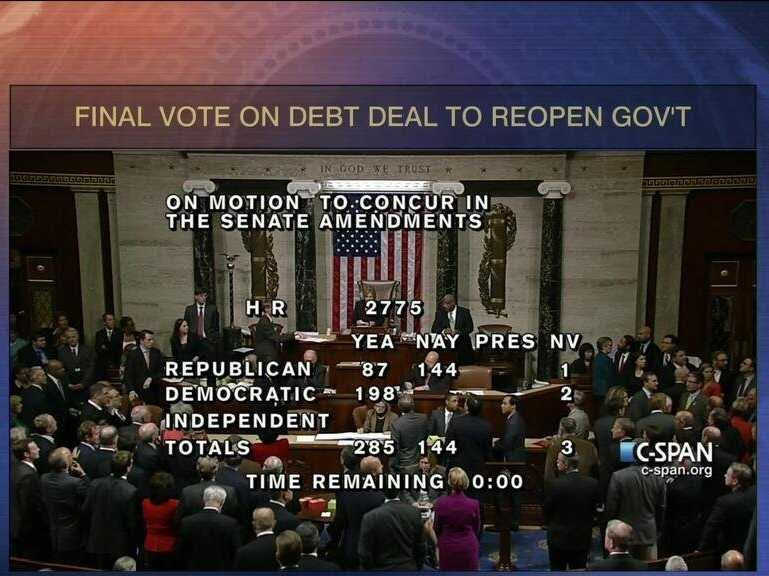 Posted by Ken Laster at 2:06 PM No comments:

As the threat of government shutdown and debt crisis continues, lets examine the strategy and tactics of the Tea Party controlled Republican party that orchestrated this crisis.

First, Boehner needs to agree to extending the debt limits and re-open government funding before negotiations can commence. The extreme right wing faction of one political party cannot impose their minority views on the majority of Americans by threats of shutting down the government and placing our economy in jeopardy. Also, a short term extension may end the current crisis, but will only prolong the agony.

Above all, Congressional "leaders" need to get the message that bullying and extortion are not tactics for negotiation that can be tolerated by this or future administrations.

The Republican Party, taken over by Tea Party extremists, must live in a bubble. We just got through the general election. The results were pretty clear that the Tea Party's political and social agenda, including destroying Obamacare, does not reflect the views of the majority of Americans. The Affordable Care Act has been passed into law, survived over 40 attempts to be overturned by Congressional Republicans and upheld as constitutional by the Supreme Court. This latest tactic is merely a childish attempt to "get their way" through holding our government and economy hostage.

Lets be honest here. This isn't even about "Obamacare". It's a vitriol, caustic, hatred against Barack Obama, the first African-American President (there, I said it... There is at least some racism at the core of this movement). That hatred is manifested by the Republicans total obstruction of any and every piece of legislation supported by this President. We have seen it with the Affordable Care Act, Jobs bills, sensible gun safety legislation, immigration policy, and the list goes on. It's obvious that Republicans want to sabotage this government at any cost, even if the American people must suffer.

It's as if shutting down the government and defaulting on our debt is the Republican's way of punishing the country for electing President Obama. This is simply a stupid, self-defeating strategy that ultimately will destroy their own political future.
Posted by Ken Laster at 11:09 AM No comments: