Revelations about the NSA's PRISM program that monitors our Internet usage with the cooperation of Microsoft, Google, Apple, Facebook and others are one more assault on our privacy. However, is this really cause for hysteria, outrage and indignation?

Let's face it. Haven't we all willingly given away our privacy whenever we search in Google, type an email in Gmail, or post our status in Facebook. Most of us flippantly click that checkbox, agreeing to those Terms and Conditions that gives someone permission to monitor your internet usage for their own purposes. No one should be surprised at this. This is the world we live in. It's not going to change how we live our lives. 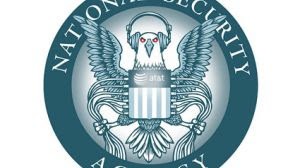 I basically agree with Kevin Kyle's post Why I Just Don't Give a Shit About PRISM (Or Any Other Spying) on Gismodo:


... there's this weird disconnect between the breathless hysteria deployed to write about it and how it affects me (and, presumably, most of you). Yes, your data is vulnerable, and your privacy has been shot to smithereens. But how does that affect you? How does your life, as you live it, change in any tangible way? I am unimportant, on a practical and metaphysical level. So are you, probably. And so is absolutely everything any of us do on the internet. No one gives a shit about our information...

The important questions are; Are there enough controls in place to protect citizens rights and uphold our Democracy? Does giving the power to the Feds now open the door to abuse in the future? If we limit the ability of the Feds to monitor communications are we putting ourselves at greater risk of terrorist attacks? Quite honestly, I am not sure of the answers.
Posted by Ken Laster at 9:09 PM No comments: